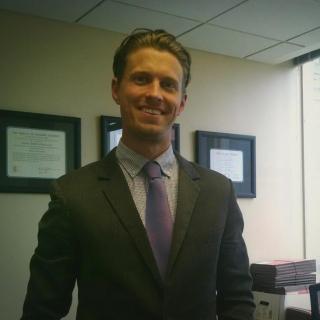 "Finding the right attorney can be stressful and confusing, and lawyers are often only needed when something unexpected or tragic has happened. Whatever problem you face, whether you or someone you know was arrested, received a traffic ticket, was injured in an accident, or something else, Adam C. Neal Law is here to handle the problem so you don't have to." Adam C. Neal, Esq. is a graduate of both Fordham Law School and Columbia University and spent many years as a prosecutor for the Nassau County District Attorney's office. He has handled thousands of criminal cases, appearing in court daily and serving as lead prosecutor on numerous hearings and trials involving drug arrests, assaults, drunk driving, sex abuse, domestic violence and child endangerment. Adam has also worked for the Manhattan District Attorney and for a premier medical malpractice defense firm in New York City. In addition to law, Adam has worked in development and fundraising, providing humanitarian aid and building sustainability in communities alongside religious, academic, political and community leaders. For Adam, being a lawyer is not about earning money, but about solving people's problems when they need it most.

Mission Specialist
The General Board of Global Ministries
2007 - 2012
Provided project assessment, facilitated giving partnerships and educated partners through public speaking and promotion for the international humanitarian and relief arm of the United Methodist Church. Worked with in-country church and state leaders to identify priorities and secure resources for projects including flood relief in Laos, hospitals in Sierra Leone and women’s economic development in Nicaragua.