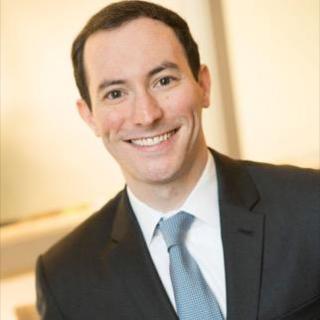 A. Parker Trotz joined Nahon, Saharovich & Trotz in 2013 upon graduating from law school. Born and raised in Memphis, Tennessee, he is a fifth generation Memphian.

Following college, Mr. Trotz moved to New Orleans to begin law school at Tulane University Law School. In the classroom, Mr. Trotz was named to the Dean’s List and graduated magna cum laude. Outside of the classroom, Mr. Trotz clerked for judges at the state and federal court levels in Georgia and Louisiana, respectively. In addition, Mr. Trotz volunteered with the Tipitina’s Foundation, a nonprofit organization that seeks to enrich and promote the music community and culture of New Orleans. Through this program, Mr. Trotz helped low income artists and musicians who could not afford legal counsel achieve their goals by assisting them with needs such as business formation, drafting contracts, reviewing documents, and intellectual property issues.

Since joining Nahon, Saharovich & Trotz in 2013, Mr. Trotz has handled personal injury cases involving car accidents, trucking accidents, slip and fall, premises liability, and negligent security. Each and every day, Mr. Trotz represents those who have been injured through no fault of their own, and many of his clients have sustained traumatic, catastrophic and life-altering injuries. Many times, people injured in an accident are unsure of the process, their legal rights, and what they may be entitled to. By taking the time to speak with clients, answer their questions, and address their concerns, Mr. Trotz is able to help clients through their time of need and make a difference in their lives.

Rising Star - Personal Injury
Super Lawyers
2019
Super Lawyers is a rating service of outstanding lawyers from more than 70 practice areas who have attained a high-degree of peer recognition and professional achievement. The selection process includes independent research, peer nominations and peer evaluations. The Rising Stars list recognizes no more than 2.5 percent of attorneys in each state.